THE AIR-RAID SHELTER IN OLLERUP

The 100 meters long corridors in the Shelter are now arranged as a small museum.

It all start here!

1943 the Germans requisitioned the three schools in Ollerup

The Air-Raid Shelter is built

The Air-Raid Shelter was built (concreted) in January 1944.

At that time the German troops had stayed at the schools for two months.

The shelter was planned to protect German soldiers during alarms. The allied  bombers flew over Denmark both night and day on their way to mining and bombing targets in the Danish belts, the Baltic Sea and the German towns such as Kiel, Rostock, Stettin, Peenemunde and Berlin.

On several occasions Denmark was hit by English and American planes, which means that there was a risk for bombing of the schools.

Two allied bombers crashed less than two kilometres from the shelter.
The Academy of Physical Education, the owner of the land where the shelter is situated, has used it for various purposes, among other things for storage of fruit and potatoes.

Take the plan of the exhibition and walk through the around 100 metres long corridors.

There are three recesses in the Air-Raid Shelter. In the active time of the shelter they were used as privies. Now various objects donated to the museum by local people are exhibited there.

There is a model showing the landscape where an allied plane on its way back from a raid in Germany crashed a few kilometres from the shelter after having been hit by anti-aircraft guns over Kiel.

In 2002 a group of local people formed an association, which was named: The society for the preservation and utilization of the Air-Raid Shelter at Ollerup Academy of Physical Education.

The object of the society is to ensure the preservation of the Air-Raid Shelter and through various exhibitions illustrate local people’s experiences during World War II 1939 – 1945 and the following years when many refugees lived in the area.

The museum is private and the society has around 60 members. Subscription is the society’s main source of income. 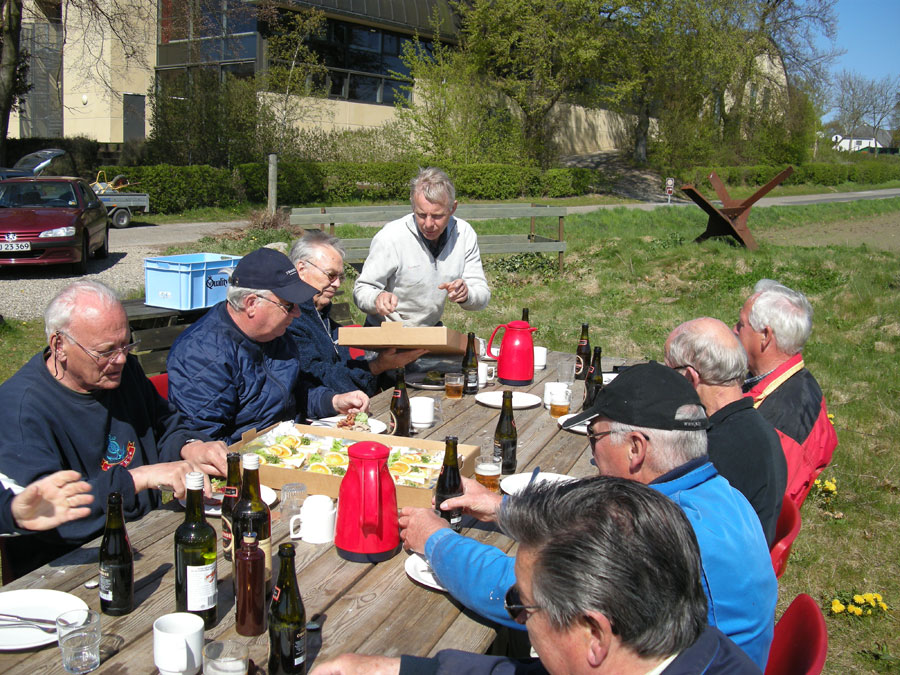 How we do it

This aim was reached in the following ways:


The Light Festival on May 4th

You can hear the message of the end of occupation from the BBC.

There are songs and speeches. It has become a tradition that many locals and other people from all over Funen visit the Air-Raid Shelter on this evening. 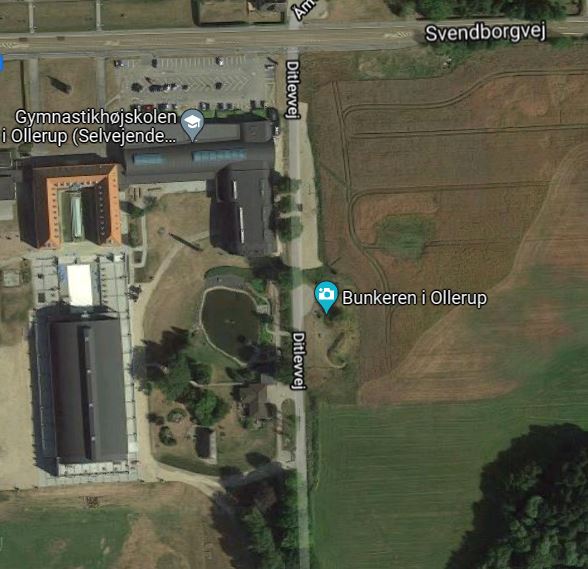